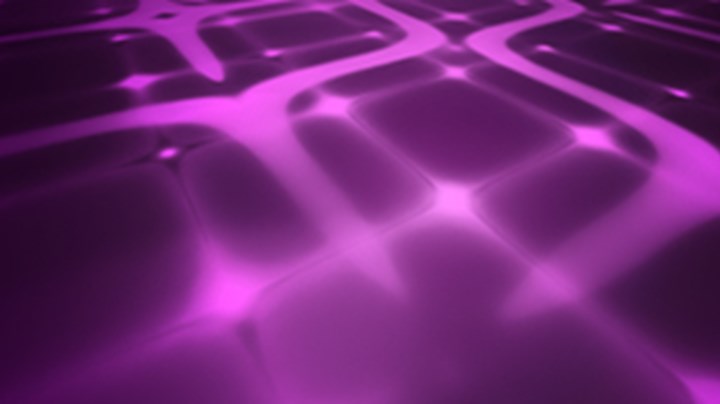 We present multi-qubit correction (MQC) as a novel postprocessing method for quantum annealers that views the evolution in an open-system as a Gibbs sampler and reduces a set of excited states to a new synthetic state with lower energy value. After sampling from the ground state of a given (Ising) Hamiltonian, MQC compares pairs of excited states to recognize virtual tunnels—i.e., a group of qubits that changing their states simultaneously can result in a new state with lower energy value—and successively converges to the ground state. Experimental results using D-Wave 2000Q quantum annealers demonstrate that MQC finds samples with notably lower energy values and improves the reproducibility of results when compared to recent hardware/software advances in the realm of quantum annealing, such as spin-reversal transforms, classical postprocessing techniques, and increased inter-sample delay between successive measurements. 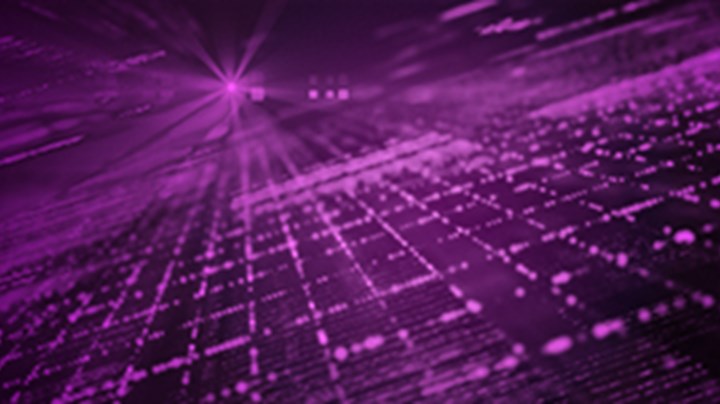 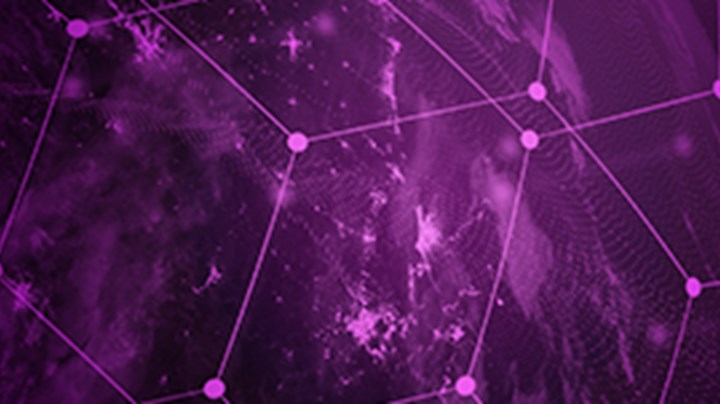 Addressing the world’s climate emergency is an uphill battle, requiring a multifaceted approach including optimal deployment of green-energy alternatives. Such undertakings often involve computationally-expensive optimisation of black-box models in a continuous parameter space. We observe good performance on the DW-2000Q QPU - even using default settings - and higher sensitivity of performance to number of samples and annealing time for the Advantage QPU. These results are promising and potentially justify further investment in hardware, software, and optimisation research, in particular, in the area of solvers for dense QUBOs. 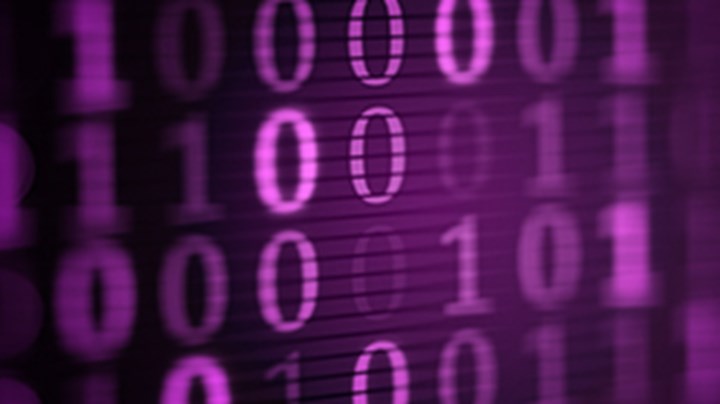 Two Quantum Ising Algorithms for the Shortest Vector Problem: One for Now and One for Later

Publication
Two Quantum Ising Algorithms for the Shortest Vector Problem: One for Now and One for Later
David Joseph, Adam Callison, Cong Ling, and Florian Mintert

Quantum computers are expected to break today’s public key cryptography within a few decades. New cryptosystems are being designed and standardised for the post-quantum era, and a significant proportion of these rely on the hardness of problems like the Shortest Vector Problem to a quantum adversary. In this paper we describe two variants of a quantum Ising algorithm to solve this problem. One variant is spatially efficient, requiring only O(N log N) qubits where N is the lattice dimension, while the other variant is more robust to noise. Analysis of the algorithms’ performance on a quantum annealer and in numerical simulations show that the more qubit-efficient variant will outperform in the long run, while the other variant is more suitable for near-term implementation. 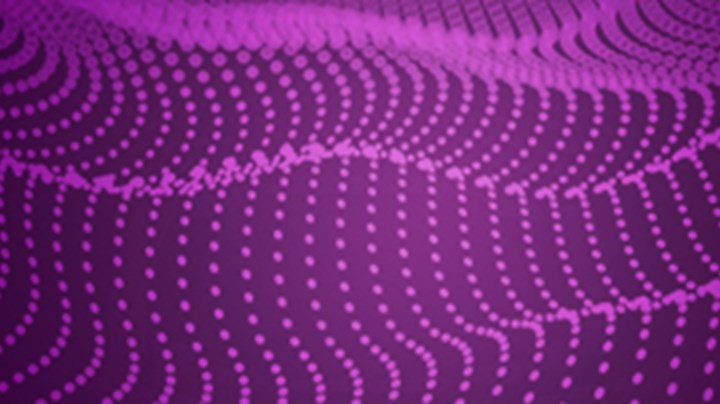 In this manuscript we explore an experimentally observed statistical phenomenon by which domain walls on an Ising chain programmed onto a flux qubit quantum annealer tend toward a non-uniform distribution. We find that this distribution can be theoretically well described by a combination of control errors and thermal effects. Interestingly, the effect that produces this distribution is purely entropic, as it appears in cases where the average energy of all domain-wall locations is equal by definition. As well as being a counterintuitive statistical effect, we also show that our method can be applied to measure the strength of the noise on the device. The noise measured in this way is smaller than what is seen by other methods suggesting that the freeze time of a chain of coupled qubits on the device may be different than for isolated qubits with all couplings turned off, despite the fact that a qubit adjacent to a domain wall should effectively experience no coupling due to cancellation of the couplings one either side. 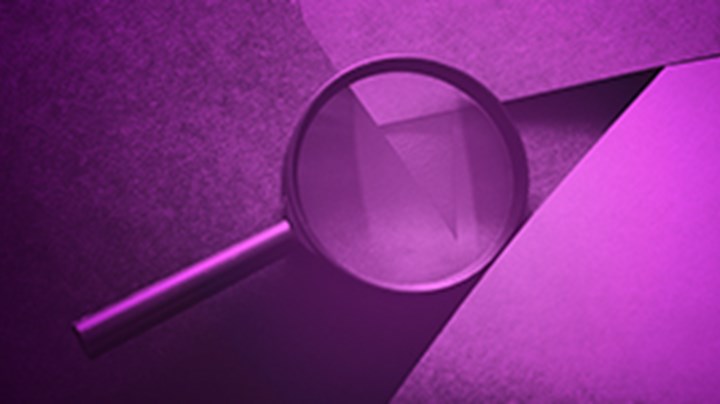 A novel quantum-classical hybrid scheme is proposed to efficiently solve large-scale combinatorial optimization problems. The key concept is to introduce a Hamiltonian dynamics of the classical flux variables associated with the quantum spins of the transverse-field Ising model. Molecular dynamics of the classical fluxes can be used as a powerful preconditioner to sort out the frozen and ambivalent spins for quantum annealers. The performance and accuracy of our smooth hybridization in comparison to the standard classical algorithms (the tabu search and the simulated annealing) are demonstrated by employing the MAX-CUT and Ising spin-glass problems. 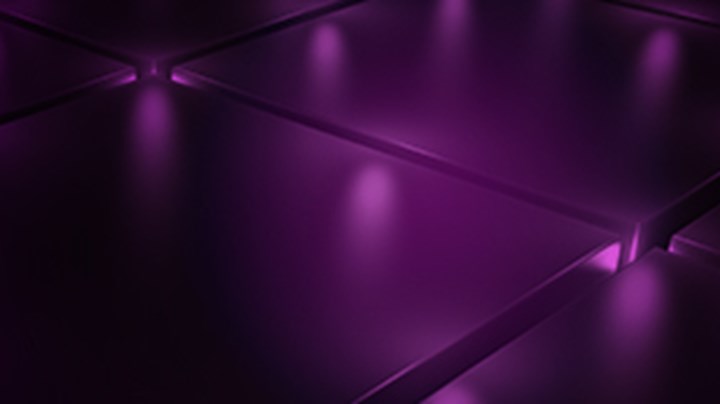 In this work, we investigate the capabilities of a hybrid quantum-classical procedure to explore the solution space using the D-Wave 2000QTM quantum annealer device. Here, we study the ability of the quantum hardware to solve the number partitioning problem, a well-known NP-hard optimization model that poses some challenges typical of those encountered in real-world applications. This represents one of the most complex scenario in terms of qubits connectivity and, by increasing the input problem size, we analyze the scaling properties of the quantum-classical workflow. We find remarkable results in most instances of the model; for the most complex ones, we investigate further the D-Wave Hybrid suite. Specifically, we were able to find the optimal solutions even in the worst cases by fine-tuning the parameters that schedule the annealing time and allowing a pause in the annealing cycle. 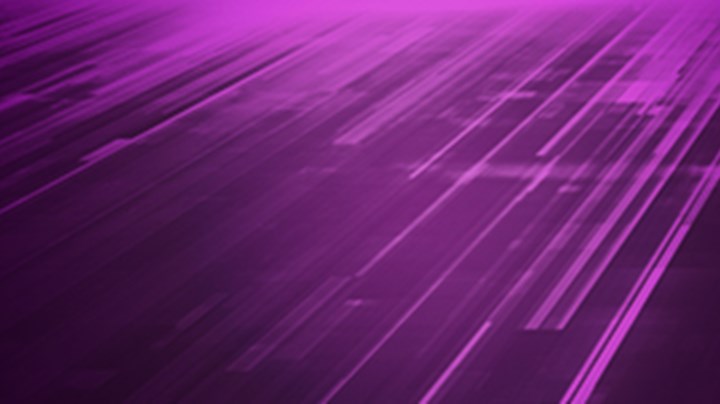 The spread of intelligent transportation systems in urban cities has caused heavy computational loads, requiring a novel architecture for managing large-scale traffic. In this study, we develop a method for globally controlling traffic signals arranged on a square lattice by means of a quantum annealing machine, namely the D-Wave quantum annealer. We first formulate a signal optimization problem that minimizes the imbalance of traffic flows in two orthogonal directions. Then we reformulate this problem as an Ising Hamiltonian, which is fully compatible with quantum annealers. The new control method is compared with a conventional local control method for a large 50-by-50 city, and the results exhibit the superiority of our global control method in suppressing traffic imbalance over wide parameter ranges. Furthermore, the solutions to the global control method obtained with the quantum annealing machine are better than those obtained with conventional simulated annealing. In addition, we prove analytically that the local and the global control methods converge at the limit where cars have equal probabilities for turning and going straight. These results are verified with numerical experiments. 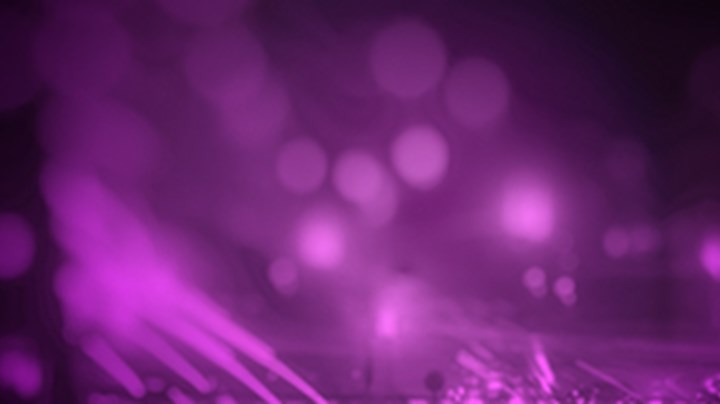 Automated materials design with machine learning is increasingly common in recent years. Theoretically, it is characterized as black-box optimization in the space of candidate materials. Since the difficulty of this problem grows exponentially in the number of variables, designing complex materials is often beyond the ability of classical algorithms. We show how quantum annealing can be incorporated into automated materials discovery and conduct a proof-of-principle study on designing complex thermofunctional metamaterials. Our algorithm consists of three parts: regression for a target property by factorization machine, selection of candidate metamaterial based on the regression results, and simulation of the metamaterial property. To accelerate the selection part, we rely on the D-Wave 2000Q quantum annealer. Our method is used to design complex structures of wavelength selective radiators showing much better concordance with the thermal atmospheric transparency window in comparison to existing human-designed alternatives.

"We introduce the reinforcement quantum annealing (RQA) scheme in which an intelligent agent interacts with a quantum annealer that plays the stochastic environment role of learning automata and tries to iteratively find better Ising Hamiltonians for the given problem of interest. As a proof-of-concept, we propose a novel approach for reducing the NP-complete problem of Boolean satisfiability (SAT) to minimizing Ising Hamiltonians and show how to apply the RQA for increasing the probability of finding the global optimum. Our experimental results on two different benchmark SAT problems (namely factoring pseudo-prime numbers and random SAT with phase transitions), using a D-Wave 2000Q quantum processor, demonstrated that RQA finds notably better solutions with fewer samples, compared to state-of-the-art techniques in the realm of quantum annealing." 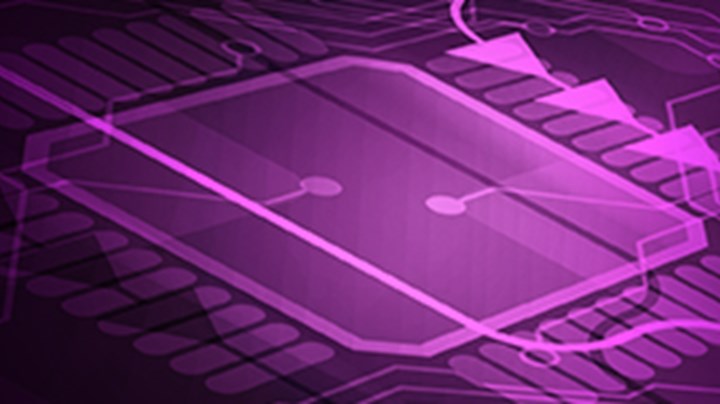 "Recent advances in high-throughput genomic technologies coupled with exponential increases in computer processing and memory have allowed us to interrogate the complex aberrant molecular underpinnings of human disease from a genome-wide perspective. While the deluge of genomic information is expected to increase, a bottleneck in conventional high-performance computing is rapidly approaching. Inspired in part by recent advances in physical quantum processors, we evaluated several unconventional machine learning (ML) strategies on actual human tumor data. Here we show for the first time the efficacy of multiple annealing-based ML algorithms for classification of high-dimensional, multi-omics human cancer data from the Cancer Genome Atlas. To assess algorithm performance, we compared these classifiers to a variety of standard ML methods. Our results indicate the feasibility of using annealing-based ML to provide competitive classification of human cancer types and associated molecular subtypes and superior performance with smaller training datasets, thus providing compelling empirical evidence for the potential future application of unconventional computing architectures in the biomedical sciences." 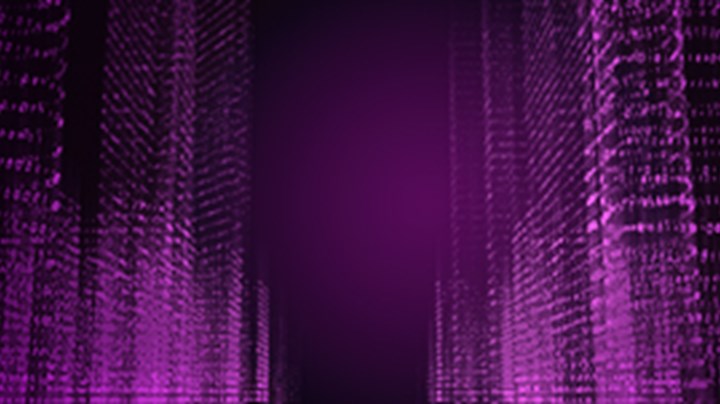 "Optimal flight gate assignment is a highly relevant optimization problem from airport management. Among others, an important goal is the minimization of the total transit time of the passengers. The corresponding objective function is quadratic in the binary decision variables encoding the flight-to-gate assignment. Hence, it is a quadratic assignment problem being hard to solve in general. In this work we investigate the solvability of this problem with a D-Wave quantum annealer. These machines are optimizers for quadratic unconstrained optimization problems (QUBO). Therefore the flight gate assignment problem seems to be well suited for these machines. We use real world data from a mid-sized German airport as well as simulation based data to extract typical instances small enough to be amenable to the D-Wave machine. In order to mitigate precision problems, we employ bin packing on the passenger numbers to reduce the precision requirements of the extracted instances. We find that, for the instances we investigated, the bin packing has little effect on the solution quality. Hence, we were able to solve small problem instances extracted from real data with the D-Wave 2000Q quantum annealer." 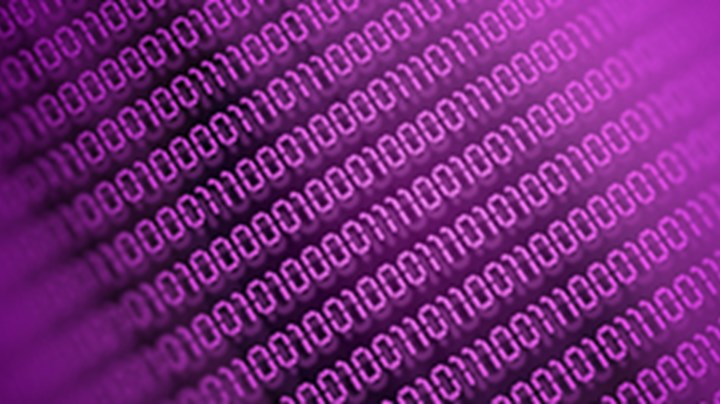 This paper describes the logic and creativity needed in order to have high probability of solving discrete optimization problems on a quantum annealing computer. Current features of quantum computing via annealing are discussed. We illustrate the logic at the forefront of this new era of computing, describe some of the work done in this field, and indicate the distinct mindset that is used when programming this type of machine. The traveling salesman problem is formulated for solving on a quantum annealing computer, which illustrates the methods for this computer. 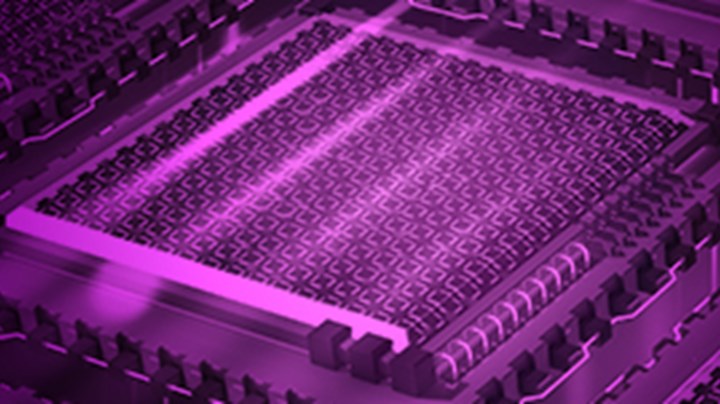 "We present an algorithm for quantum-assisted cluster analysis that makes use of the topological properties of a D-Wave 2000Q quantum processing unit. Clustering is a form of unsupervised machine learning, where instances are organized into groups whose members share similarities. The assignments are, in contrast to classification, not known a priori, but generated by the algorithm. We explain how the problem can be expressed as a quadratic unconstrained binary optimization problem and show that the introduced quantum-assisted clustering algorithm is, regarding accuracy, equivalent to commonly used classical clustering algorithms." 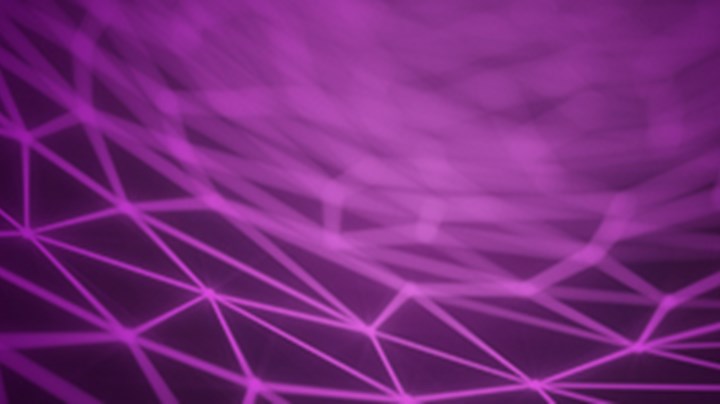