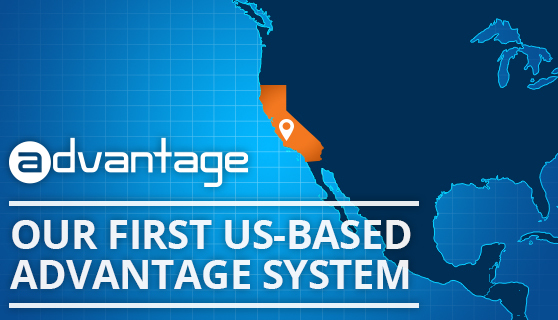 PALO ALTO, Calif. & BURNABY, B.C. (May 12, 2022) -- D-Wave Systems Inc. (“the Company”), a leader in quantum computing systems, software, and services, and the only company building both quantum annealing and gate-based quantum computers, today announced the availability of the first Advantage™ quantum computer, accessible via the Leap™ quantum cloud service, physically located in the United States. The cloud-based service is part of the USC-Lockheed Martin Quantum Computing Center (QCC) hosted at USC’s Information Sciences Institute (ISI), a unit of the University of Southern California’s prestigious Viterbi School of Engineering. Among the highlights:

Through QCC, USC has been a pioneering academic institution in the hosting and operating of a commercial quantum system and is a world leader in research and development of advanced information processing, computer and communications technologies. USC has been working with D-Wave since 2010 and has housed several generations of earlier D-Wave systems with the first one installed at the QCC with Lockheed Martin.

“Making quantum computing ubiquitous and available is one of our core areas of focus and is central to the commercialization of quantum computing,” said Alan Baratz, CEO of D-Wave. “This is an important moment for our U.S.-based customers who want their Leap cloud access to the newest Advantage system and quantum hybrid solver service to be in-region. The timing is especially important. Eleven years ago, together with Lockheed Martin, we installed our first quantum system at USC. Fast forward to today, delivering the most performant commercial quantum computer in the world yet again allows users to harness the power of annealing quantum computing for real-world optimization problems, all accessible real-time through our Leap quantum cloud service and in AWS’s Amazon Braket.”

“Quantum computing is a constantly evolving field and it’s important that our customers have access to the latest quantum hardware,” said Richard Moulds, General Manager of Amazon Braket at AWS. “By adding support for a third quantum system from D-Wave to Amazon Braket, all customers now have on-demand access to even more hardware options. Furthermore, U.S. based customers have the added benefit of using a device located in California, making it possible for them to conduct research using D-Wave hardware in-region.”

“Quantum information science (QIS) is a top priority research area for the nation and has long been a focus of USC Viterbi,” said Yannis C. Yortsos, Dean of the USC Viterbi School of Engineering. “In collaboration with Lockheed Martin, we established at ISI in 2011 the first academic home for a quantum computing system, namely D-Wave One. For more than a decade, research and education in QIS at USC Viterbi has been thriving and constantly growing.”

“The D-Wave annealing quantum computer provides a four-fold increase in the number of qubits from our previous system, as well as increased coherence and other performance metrics,” said Daniel Lidar, holder of the Viterbi Professorship of Engineering at USC, and the scientific and technical director of QCC. “We have great hopes for the new system as we explore coherent quantum annealing to achieve quantum speedups in quantum simulation, best-in-class optimization and machine learning. Some of our first projects will be to investigate speedup over classical optimization methods for hard optimization problems as well as pursuing additional government-funded research for identification and classification of quantum phase transitions.”

Today’s announcement marks the opening of the first Advantage™ quantum system physically located in the United States at the QCC. D-Wave’s quantum computers - which have been available to North American users via the Leap™ quantum cloud service out of British Columbia since 2018 - are particularly suitable for solving difficult optimization problems. Optimization use cases are ubiquitous in industry and are interesting because of their computational complexity, and recent research demonstrates that annealing quantum computers will be best suited for optimization use cases both today and into the future.

The upgraded system at USC will be available for enterprises, researchers and government. It will enable businesses to benefit from the commercial use-cases that can be run on the quantum hybrid solver service and enable researchers to continue studying how quantum effects may speed up the solution of complex optimization, machine learning and sampling problems. Moreover, the government now has the most advanced system in the US for tackling key public sector initiatives, including electrical grid resilience, emergency response, and infrastructure optimization projects.

D-Wave is a leader in the development and delivery of quantum computing systems, software and services and is the world’s first commercial supplier of quantum computers and the only company building both annealing quantum computers and gate-model quantum computers. Our mission is to unlock the power of quantum computing for business and society, today. We do this by delivering customer value with practical quantum applications for problems as diverse as logistics, artificial intelligence, materials sciences, drug discovery, scheduling, cybersecurity, fault detection, and financial modeling. D-Wave’s systems are being used by some of the world’s most advanced organizations, including NEC Corporation, Volkswagen, DENSO, Lockheed Martin, University of Southern California, Forschungszentrum Jülich and Los Alamos National Laboratory. With headquarters near Vancouver, Canada, D-Wave’s US operations are based in Palo Alto, CA. With headquarters and the Quantum Engineering Center of Excellence based near Vancouver, Canada, D-Wave’s US operations are based in Palo Alto, Calif. D-Wave has a blue-chip investor base that includes PSP Investments, Goldman Sachs, BDC Capital, NEC Corp., Aegis Group Partners, and In-Q-Tel.

D-Wave announced in February it has entered into a definitive transaction agreement with DPCM Capital, Inc. (“DPCM Capital”) (NYSE:XPOA), a publicly traded special purpose acquisition company. Upon closing of the transaction, shares of D-Wave Quantum Inc., a newly formed parent company of D-Wave and DPCM Capital, are expected to trade on the NYSE under the symbol “QBTS.”