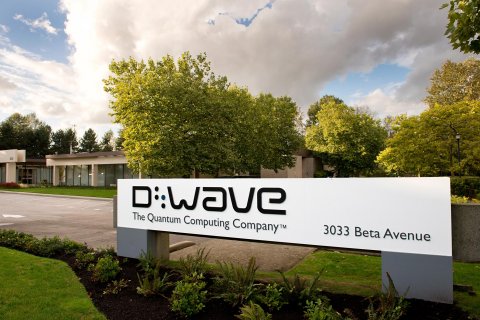 Baratz’s promotion to CEO follows the launch of Leap™, D-Wave’s quantum cloud service, in October 2018, and comes in advance of the mid-2020 launch of the company’s next-generation quantum system, Advantage™.

Baratz has driven the development, delivery, and support of all of D-Wave’s products, technologies, and applications in recent years. He has over 25 years of experience in product development and bringing new products to market at leading technology companies and software startups. As the first president of JavaSoft at Sun Microsystems, Baratz oversaw the growth and adoption of the Java platform from its infancy to a robust platform supporting mission-critical applications in nearly 80 percent of Fortune 1000 companies. He has also held executive positions at Symphony, Avaya, Cisco, and IBM. He served as CEO and president of Versata, Zaplet, and NeoPath Networks, and as a managing director at Warburg Pincus LLC. Baratz holds a doctorate in computer science from the Massachusetts Institute of Technology.

“I joined D-Wave to bring quantum computing technology to the enterprise. Now more than ever, I am convinced that making practical quantum computing available to forward-thinking businesses and emerging quantum developers through the cloud is central to jumpstarting the broad development of in-production quantum applications,” said Baratz, chief product officer and head of research and development. “As I assume the CEO role, I’ll focus on expanding the early beachheads for quantum computing that exist in manufacturing, mobility, new materials creation, and financial services into real value for our customers. I am honored to take over the leadership of the company and work together with the D-Wave team as we begin to deliver real business results with our quantum computers.”

The company also announced that CEO Vern Brownell has decided to retire at the end of the year in order to spend more time at his home in Boston with his family. Baratz will become CEO at that time. During Brownell’s tenure, D-Wave developed four generations of commercial quantum computers, raised over $170 million in venture funding, and secured its first customers, including Lockheed Martin, Google and NASA, and Los Alamos National Laboratory. Brownell will continue to serve as an advisor to the board.

“There are very few moments in your life when you have the opportunity to build an entirely new market. My 10 years at D-Wave have been rich with breakthroughs, like selling the first commercial quantum computer. I am humbled to have been a part of building the quantum ecosystem,” said Brownell, retiring D-Wave CEO. “Alan has shown tremendous leadership in our technology and product development efforts, and I am working with him to transition leadership of the entire business. This is an exciting time for quantum computing and an exciting time for D-Wave. I can’t imagine a better leader than Alan at the helm for the next phase of bringing practical quantum computing to enterprises around the world.”

“With cloud access and the development of more than 200 early applications, quantum computing is experiencing explosive growth. We are excited to recognize Alan’s work in bringing Leap to market and building the next-generation Advantage system. And as D-Wave expands their Quantum-as-a-Service offerings, Alan’s expertise with growing developer communities and delivering SaaS solutions to enterprises will be critical for D-Wave’s success in the market,” said Paul Lee, D-Wave board chair. “I want to thank Vern for his 10 years of contributions to D-Wave. He was central in our ability to be the first to commercialize quantum computers and has made important contributions not only to D-Wave, but also in building the quantum ecosystem.”

D-Wave is the leader in the development and delivery of quantum computing systems, software, and services and is the world’s first commercial supplier of quantum computers. Our mission is to unlock the power of quantum computing for the world. We do this by delivering customer value with practical quantum applications for problems as diverse as logistics, artificial intelligence, materials sciences, drug discovery, cybersecurity, fault detection, and financial modeling. D-Wave’s systems are being used by some of the world’s most advanced organizations, including Volkswagen, DENSO, Lockheed Martin, USRA, USC, Los Alamos National Laboratory, and Oak Ridge National Laboratory. With headquarters near Vancouver, Canada, D-Wave’s US operations are based in Palo Alto, CA and Bellevue, WA. D-Wave has a blue-chip investor base including PSP Investments, Goldman Sachs, BDC Capital, DFJ, In-Q-Tel, BDC Capital, PenderFund Capital, 180 Degree Capital Corp., and Kensington Capital Partners Limited. For more information, visit: www.dwavesys.com.