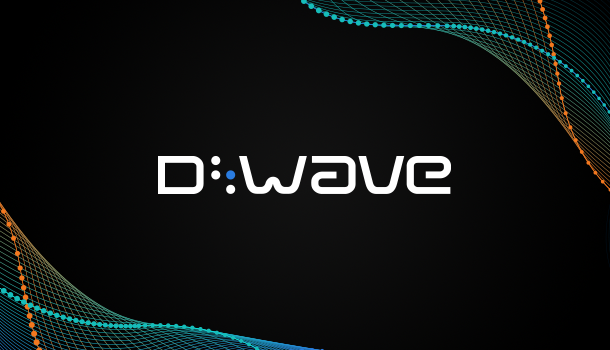 Transaction to result in up to $340 million USD in gross proceeds, including a $40 million USD PIPE, with participation from PSP Investments, Goldman Sachs Asset Management, NEC Corporation, Yorkville Advisors, and Aegis Group Partners. Pro-forma implied market capitalization of the combined company is up to $1.6 billion USD

BURNABY, B.C., PALO ALTO, Calf., MIAMI (Feb. 8, 2022) – D-Wave Systems Inc., a leader in quantum computing systems, software, and services—and the only provider building both annealing and gate-model quantum computers (“D-Wave” or the “Company”)—announced today that it has entered into a definitive transaction agreement with DPCM Capital, Inc. (NYSE: XPOA), a publicly traded special purpose acquisition company (“DPCM Capital”). As described below and subject to certain limitations, an innovative feature of the transaction provides DPCM Capital’s non-redeeming public stockholders the opportunity to receive a pro rata portion of a bonus pool of 5 million shares at transaction close.

The transaction is expected to enhance D-Wave’s leadership in commercial quantum computing and accelerate quantum use cases into significant customer segments, including manufacturing, logistics, pharmaceuticals, finance, and government. Upon closing of the transaction, shares of D-Wave Quantum Inc., a newly formed parent company of D-Wave and DPCM Capital, are expected to trade on the NYSE under the symbol “QBTS.”

The computational value of quantum computing underpins the promise of even greater societal and business impact—from the creation of new products and identification of new lines of business, to solutions unimagined in weather modeling, global supply chain distribution, financial market optimization, drug discovery, and new materials.

“Today marks an inflection point signaling that quantum computing has moved beyond just theory and government-funded research to deliver commercial quantum solutions for business,” said Alan Baratz, CEO, D-Wave. “D-Wave, along with DPCM Capital and our new and long-term investors PSP Investments, Goldman Sachs Asset Management (Goldman Sachs), NEC Corporation, Yorkville Advisors, and Aegis Group Partners, collectively believe that this isn’t a moment of hope or science. Instead, we believe this event represents a moment of practical value creation for customers and for investors. We are working with our customers to identify applications with high likelihood of quantum value and to translate those problems to run on the quantum computer and then validate that value. We expect this ‘value creation and validation’ to accelerate as an increasing number of diverse use cases emerge—creating a robust cycle of product delivery, application development, and market growth.”

D-Wave will use the proceeds from the transaction to further accelerate its delivery of in-production quantum applications for blue-chip customers and to build on the 200 plus U.S. patents that have been granted to D-Wave since its founding in 1999. The transaction also represents a milestone in Canada’s market-leading development of a robust quantum ecosystem. Ground-breaking research and development (R&D) will continue to be centered at D-Wave’s British Columbia-based Quantum Center for Excellence. D-Wave’s R&D focus will be on the next generations of annealing quantum computers, advancing its gate-model program, and continuing to enhance D-Wave’s Leap™ quantum cloud service, hybrid solvers, and software development tools. D-Wave expects to continue to grow its global footprint beyond the United States, Canada, Europe, Japan, Singapore, and Australia to other emerging markets for quantum computing.

The need for quantum is real today, and it is accelerating: In a 2020 report by 451 Research, a S&P Global market intelligence company, 31% of enterprises surveyed stated that they had abandoned complex problems because of the time required for resolution. The report also found that 39% of companies are currently experimenting with quantum computing, and 81% of companies plan to have quantum use cases in the next three years.

We believe D-Wave is at the forefront of delivering the benefits of quantum to a range of customer segments and is the only quantum computing company demonstrating the commercial value of quantum computing to a blue-chip customer base. D-Wave is also the only quantum computing provider that has operational and commercial experience running a quantum computing business at scale. D-Wave’s commercial customers include 25 of Forbes’ Global 2000 companies including industry leaders like Volkswagen, Toyota’s R&D Labs, Accenture, BBVA, NEC Corporation, Save-On-Foods, DENSO, and Lockheed Martin. In addition to the enterprise customers already actively using D-Wave, thousands of developers across the globe have built hundreds of early quantum applications in diverse areas that include resource scheduling, mobility, logistics, drug discovery, portfolio optimization, manufacturing processes, and many more.

All of this contributes to the acceleration of the use of, and demand for, quantum computing.

The transaction values D-Wave at an equity value of approximately $1.2 billion USD. The transaction also includes an innovative incentive structure, whereby a bonus pool of 5 million shares will be allocated pro rata to non-redeeming public stockholders of DPCM Capital, effectively reducing their cost basis. A similar bonus pool of up to 1.8 million shares has been established for Private Investment in Public Equity ("PIPE”) investors to ensure the same effective cost basis for PIPE investors as for public stockholders of DPCM Capital.

The combined company will receive $300 million USD in gross proceeds from DPCM Capital’s trust account—assuming no redemptions by DPCM Capital’s public stockholders—as well as $40 million USD in gross proceeds from a group of strategic and institutional investors participating in the transaction via a committed PIPE. The PIPE is led by new and existing investors including leading Canadian public-sector pension-plan manager PSP Investments, NEC Corporation, Goldman Sachs, Yorkville Advisors, and Aegis Group Partners.

Following closing, the combined company will continue to operate from D-Wave’s R&D and head office location in British Columbia, Canada.

DPCM Capital’s investor webcast presentation reviewing the transaction can be accessed by visiting D-Wave’s investor relations site here. A transcript of the webcast will also be filed by DPCM Capital with the SEC.

Morgan Stanley & Co. LLC (“Morgan Stanley”) is serving as the exclusive financial advisor to D-Wave. Paul, Weiss, Rifkind, Wharton & Garrison LLP and Blake, Cassels & Graydon LLP are serving as legal counsel to D-Wave. Citigroup Global Markets Inc. (“Citigroup”) is serving as the lead capital markets advisor to DPCM Capital. UBS Investment Bank is also serving as capital markets advisor to DPCM Capital. Greenberg Traurig LLP and Stikeman Elliott LLP are serving as legal counsel to DPCM Capital. Morgan Stanley and Citigroup are also acting as placement agents for DPCM Capital with respect to a portion of the PIPE financing raised for certain Qualified Institutional Buyers and Institutional “Accredited Investors.” Morgan Stanley and Citigroup did not act as placement agents or participate in any role with respect to, and will not earn any fees from, the portion of the PIPE financing which was conducted by D-Wave. Longview Communications and Public Affairs is serving as D-Wave’s Canadian public affairs advisor.

D-Wave is a leader in the development and delivery of quantum computing systems, software and services, and is the world’s first commercial supplier of quantum computers—and the only company developing both annealing quantum computers and gate-model quantum computers. Our mission is to unlock the power of quantum computing today to benefit business and society. We do this by delivering customer value with practical quantum applications for problems as diverse as logistics, artificial intelligence, materials sciences, drug discovery, scheduling, cybersecurity, fault detection, and financial modeling. D-Wave’s systems are being used by some of the world’s most advanced organizations, including NEC Corporation, Volkswagen, DENSO, Lockheed Martin, Forschungszentrum Jülich, University of Southern California, and Los Alamos National Laboratory. With headquarters and the Quantum Engineering Center of Excellence based near Vancouver, Canada, D-Wave’s U.S. operations are based in Palo Alto, Calif. D-Wave has a blue-chip investor base that includes PSP Investments, Goldman Sachs, BDC Capital, NEC Corp., Aegis Group Partners, and In-Q-Tel.

DPCM Capital, Inc. is a special purpose acquisition company led by Chairman and CEO Emil Michael, formed for the purpose of effecting a merger, capital stock exchange, asset acquisition, stock purchase, reorganization, or similar business in combination with one or more businesses. UBS Securities LLC acted as sole book-running manager for DPCM Capital’s initial public offering. Its common stock, units, and warrants began trading on the NYSE on Oct. 23, 2020, under the ticker symbols XPOA, XPOA.U and XPOA WS, respectively. Affiliated with the SPAC at the board, management and advisory level, is a team made up of entrepreneurs and operators, including Eric Schmidt, former CEO of Google, Betsy Atkins, a world-class governance expert and enterprise entrepreneur, and Denmark West, one of the early members of the team at Microsoft’s Xbox.