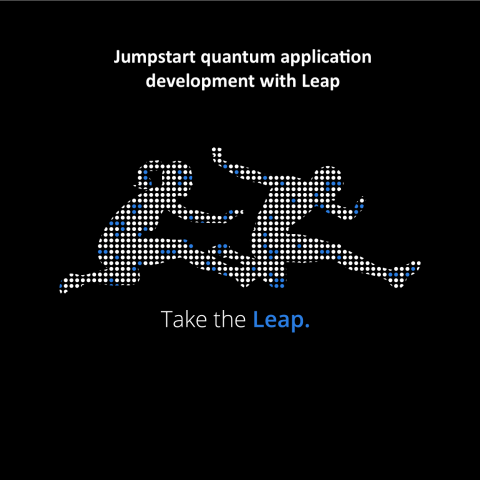 Since the first commercial sale to Lockheed Martin in 2010, D-Wave has been focused on making it easy for customers to develop early real-world applications. With more than 200 early applications, customers today are using the D-Wave 2000Q to develop solutions to important problems. By participating in the launch of Amazon Braket, D-Wave expects to continue to grow the company’s developer and user base.

“D-Wave’s quantum systems and our Leap cloud environment were both purpose-built to make practical application development a reality today and, in turn, fuel real-world business advantage for our customers,” said D-Wave’s chief product officer and EVP of R&D, Alan Baratz. “Amazon’s Braket will open the door to more smart developers who will build the quantum future, and the forward-thinking executives who will transform industries.”

“We believe that opening up access to current-stage quantum computers is a crucial step in accelerating the development of useful applications. That’s why, in designing Amazon Braket, we chose to collaborate with providers like D-Wave, who have built promising technologies that are of interest to our customers,” said Simone Severini, Director, Quantum Computing, Amazon Web Services, Inc. “Together, we can make it easier for researchers to innovate, with the shared goal of realizing the true long-term potential of quantum computing.”

The Leap quantum cloud service was designed to make quantum computing accessible – fueling practical quantum computing development and driving business value for D-Wave customers. As the only quantum cloud service that gives customers and developers immediate access to a real-time quantum processor through the Leap API, as well as a Quantum Application Environment, training resources and a growing quantum community, Leap makes application development accessible to millions of programmers worldwide. Expansion of the Leap API into the newly announced Amazon Braket quantum cloud service means a global community of customers and developers will now have access to the D-Wave 2000Q quantum system via the Leap API, as well as D-Wave’s robust Ocean™ software development kit and tools like D-Wave Hybrid™, an open-source framework for building hybrid quantum applications.

D-Wave is the leader in the development and delivery of quantum computing systems, software, and services and is the world’s first commercial supplier of quantum computers. Our mission is to unlock the power of quantum computing for the world. We do this by delivering customer value with practical quantum applications for problems as diverse as logistics, artificial intelligence, materials sciences, drug discovery, cybersecurity, fault detection, and financial modeling. D-Wave’s systems are being used by some of the world’s most advanced organizations, including NEC, Volkswagen, DENSO, Lockheed Martin, USRA, USC, Los Alamos National Laboratory and Oak Ridge National Laboratory. With headquarters near Vancouver, Canada, D-Wave’s US operations are based in Palo Alto, CA and Bellevue, WA. D-Wave has a blue-chip investor base including PSP Investments, Goldman Sachs, BDC Capital, DFJ, In-Q-Tel, PenderFund Capital, 180 Degree Capital Corp., and Kensington Capital Partners Limited. For more information, visit: www.dwavesys.com.