ZDnet: Forget Quantum Supremacy: This Quantum-Computing Milestone Could be Just as Important 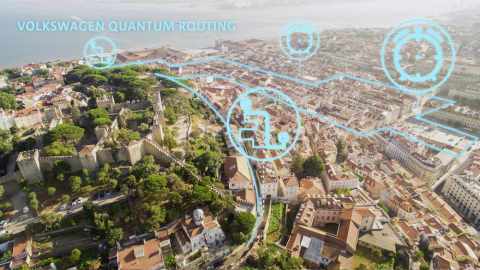 "One of the first production uses of quantum computing could prove another marker for the emerging technology.

A local bus bouncing its way through downtown Lisbon and onto its elegant waterfront might seem an unlikely vehicle to deliver the weird future of quantum computing.

The bus itself is unremarkable, its journey from the outskirts of Portugal's capital into the city centre largely indistinguishable from most of the other buses on the busy roads. But this bus, and a few others like it, represents one of the first real-world usages of quantum computing.

For the pilot project in Lisbon last month, by Volkswagen and quantum-computing company D-Wave, 26 bus stops were connected to form four bus links. One of these ran from the WebSummit conference facility to the Marqués de Pombal traffic node in the city center -- the route taken by ZDNet on its journey into the city. "

Read the article at ZDnet.